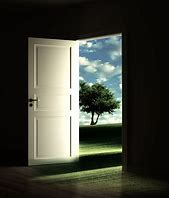 Last night I had a dream.

In this  dream thousands, and thousands of people were standing still and very quiet as a kaleidoscope of events unfolded before them.     They listened, watched, and silently prayed.    Media picked it up……. lines of ‘unknown’ people visibly simply stood very, very still.   There was no sound of retaliation or violence just the absolutely  hushed, SILENCE of ‘connected’ prayer. The schools, the talk the discussions became all about the united, powerful, silent block of people- no longer about the awful unhelpful ‘stuff’.      The images I dreamt impacted me very much.  It became a world-wide phenomena.  It was not simply  the  numbers of people gathered who were disciplined in this manner,  but the silence that caused eyes around to focus and question ‘who are these people?’.

Such can be the power of the Presence of Christ within us. Maybe, just maybe, as we are led of God to pray for each other and the world around.   Maybe, this should be part of our public gatherings as well.

To everything there is a season.   A time for every purpose under heaven.

Ramblings of a Writer

Living the Path of Life