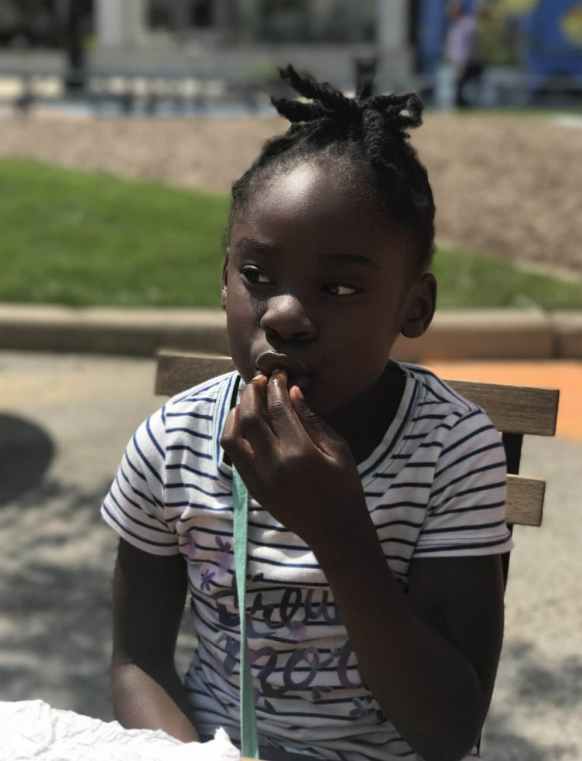 I read this story during the week and my heart was touched.

A girl sat on the bank of a swirling river in Africa.   She appeared to be holding a piece of branch.

The missionary aid-worker gently asked her what she was doing.

‘I’m pretending its a microphone.  I’m trying to give  the people a message.’

The man felt prompted to quietly ask the child to come with him to the emergency aid centre to have something to eat.   He promised her a microphone to use in the afternoon.

That afternoon the ten-year-old spoke to the village people and passers-by.

‘I only wanted to tell you about my friend Jesus,’ she said.  ‘When the people died and my Mum and dad were shot I hid under a rug.   I prayed and my friend said. ‘I am with you.’

‘I had seen lots of bad things and bad people but I believe now what I was taught by my Dad.   He told me bad things happen but Jesus Christ is alive!  He died on a cross so that all people could come to Him and be saved. (I think he said their souls would be saved for eternity.).

‘Anyway, He’s my friend He loves me and I love Him. I just wanted to ask if you know my friend?.

New hope swept that community because the one child was given an opportunity to speak/preach?.   The day closed and the village rallied against the continuing threats of violence.   “Because He lives I can face tomorrow’.

The chorus became their theme song and it resonated far and wide.

Blessings and love to you.

5 Responses to A CHILD SPEAKS